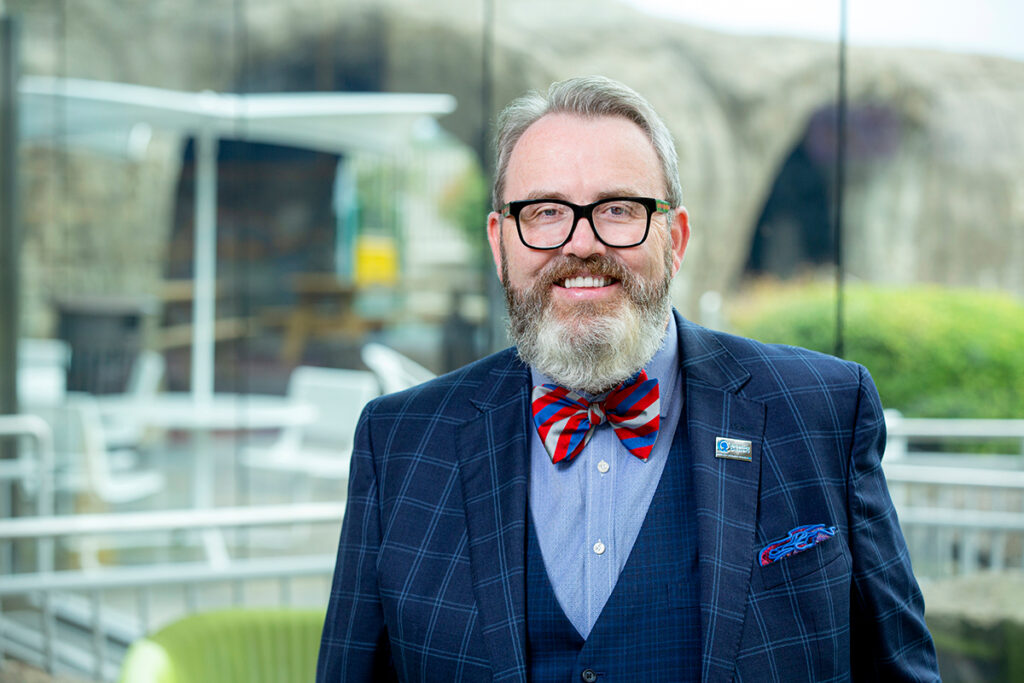 Fred Scarborough, CFRE, is an accomplished executive who serves in several key leadership roles at Arkansas Children’s where he has been since 2005. Committed to excellence in all forms, Fred is mission-focused, metrics-driven and success-oriented. His strengths include the capacity to first envision organizational possibilities and then enroll others in that vision.

A member of the fundraising profession since 1995, Fred has achieved an uncommon level of success among his fundraising peers. Consistently exceeding the most challenging of organizational goals, he has attained success in every major area of resource development, helping to secure more than $500 million for the organizations he has served.

As Chief Development Officer and President of Arkansas Children’s Foundation (ACF), Fred and his team are actively engaged in mobilizing large numbers of individual donors and volunteers in support of the Arkansas Children’s mission through relationship-centered, metrics-driven fundraising. Fred has been recognized for his leadership and in 2021, Fred was named Arkansas Business Nonprofit Executive of the Year. In 2019, the team was awarded the President’s Award for sustained excellence in philanthropy by the Association of Fundraising Professionals. In 2018, Arkansas Children’s received the Founder’s Award from Children Miracle Network Hospitals for their vision and commitment to children.

Fred has over 28 years of experience leading organizations in philanthropy and communications. Within that time, he has led two organizations through brand equity evaluations and brand evolutions. Previously, Fred served as Senior Vice President for Major Gifts – ACHF, as Director of Development for the Arkansas Symphony Orchestra, and Director of Development for Meals on Wheels (CareLink). In 2002, he was named the Arkansas Symphony Orchestra’s first Honorary Member and in 2004 was named Outstanding Fundraising Professional by the Arkansas Chapter of the Association of Fundraising Professionals (AFP).

He is highly sought after as a speaker and teacher in the field of fund development, currently serving as Adjunct Faculty for the Clinton School of Public Service where he teaches Fundraising in the 21st Century. Fred serves as chair-elect of the Board of Directors for the Woodmark Group (a consortium of 26 free-standing children’s hospitals), as Benchmarking chair for the Woodmark Group and has previously co-chaired the International Woodmark Summit. He continues to be a frequent presenter at AFP, Association for Healthcare Philanthropy (AHP) and Woodmark Group Summit trainings, as well as regional fundraising conferences.

Fred has served as Dean of Major Gifts for the AHP Regional Conference, presented at the National AHP Conference, and served as keynote speaker at the National Performing Arts Conference by invitation of the American Symphony Orchestra League’s Volunteer Council. Fred’s core courses, Metrics-Driven Major Gifts Fundraising and Accountable Annual Gift Fundraising, consistently draw a capacity crowd. A recipient of a National Endowment for the Arts citation for excellence in program development and a former member of Actor’s Equity Association, Fred has been active with the Arkansas Chapter of AFP since 1995, having served in a variety of offices including President.

Fred holds a Bachelor of Arts in Communications from the College of the Ozarks, Point Lookout, Missouri, and a Masters of Arts from the Fulbright College of Fine Arts in the University of Arkansas at Fayetteville. Fred lives in Little Rock, Arkansas with his wife Mary Holt Scarborough and their two sons Isaac and Nama.